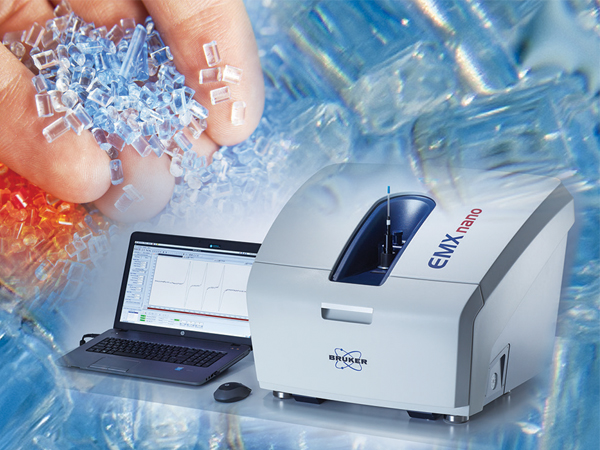 In polymers, radical reactions are involved in the various processes. It is possible to investigate these phenomena by using EPR.

The degradation of polymers due to light exposure leads to discoloration of the polymer and a decrease in the mechanical properties (elasticity, toughness, etc). To prevent this decomposition, light stabilizers are added to the polymer. By monitoring the EPR signals of these light stabilizer, their effectiveness can be evaluated using the EMXnano.

In polymers, radical reactions are involved in the various processes such as polymerization, crosslinking and degradation. It is possible to investigate these phenomena by using EPR spectroscopy. These methods are used in both academic and industrial settings for research and quality control.

EPR is an important tool to study different polymerization reactions such as:

A wide range of reactions occur in polymers due to thermal and light activated mechanisms. These reactions are dominated by free radicals and influence both the creation and the destruction of the polymer.

Direct detection of the free radicals present in polymers during thermal or light treatment provide insight into the effective control of polymer formation and degradation.

The EMXnano UV irradiation system and variable temperature system provide the ability to monitor free radicals during in-situ irradiation and thermalization of the sample of interest within the microwave cavity. The UV system features a light pipe to guide the UV light to the sample cavity interface thus assuring high light transmission efficiency and compliance with international safety standards. The variable temperature system uses an inert transfer gas to heat the sample to temperatures up to 500 K. 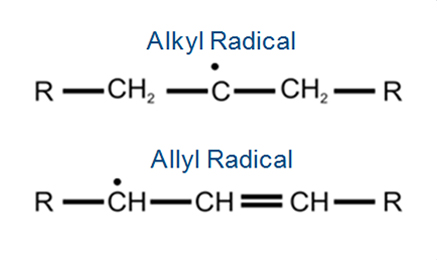 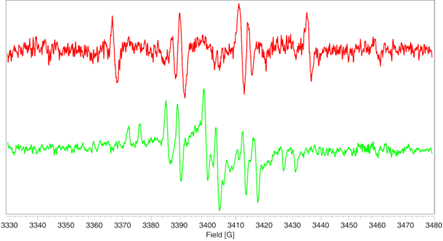 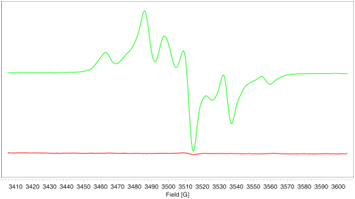 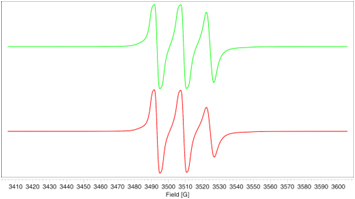