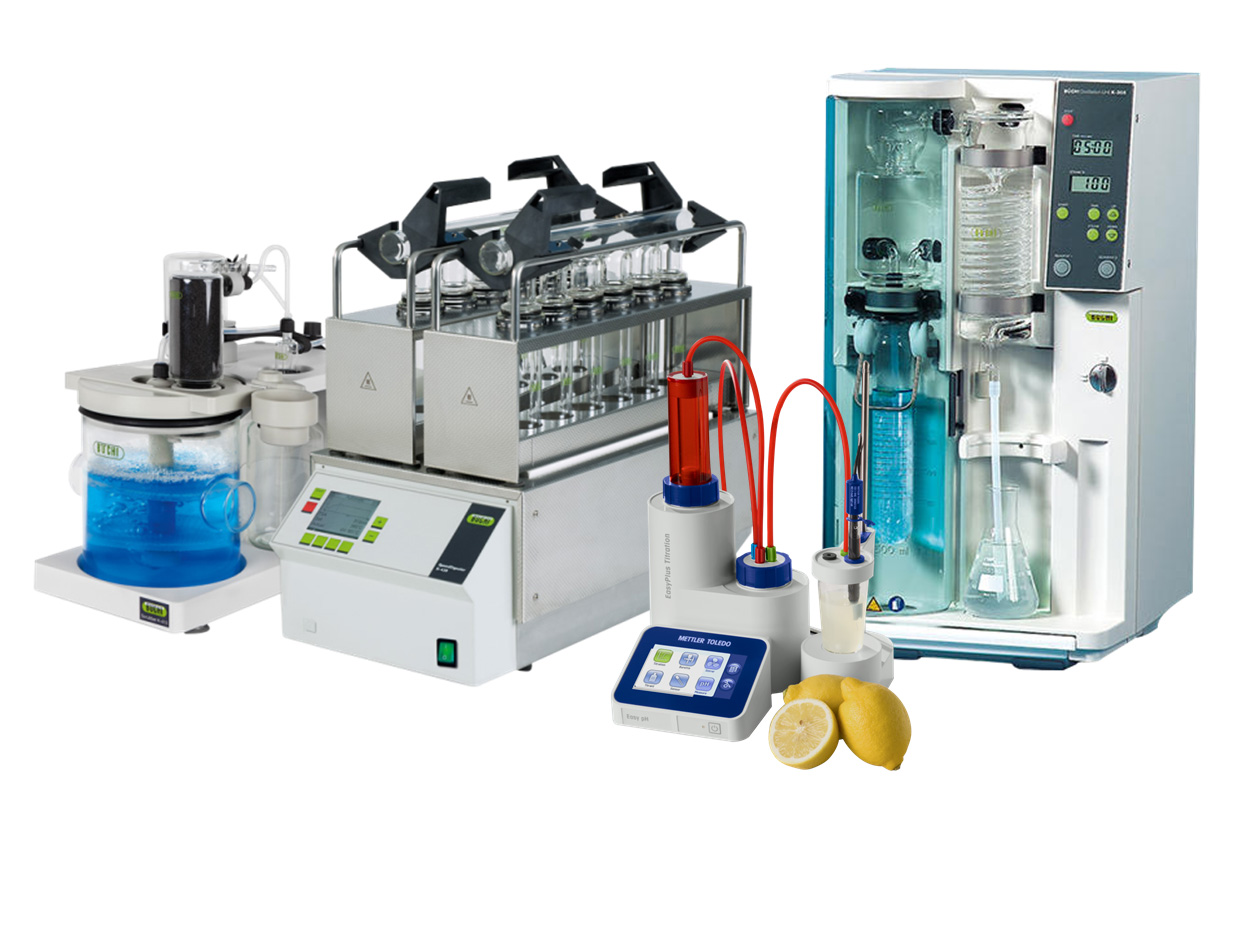 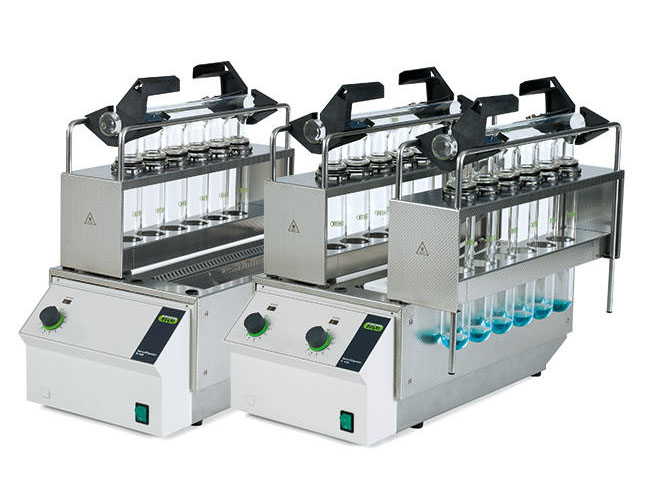 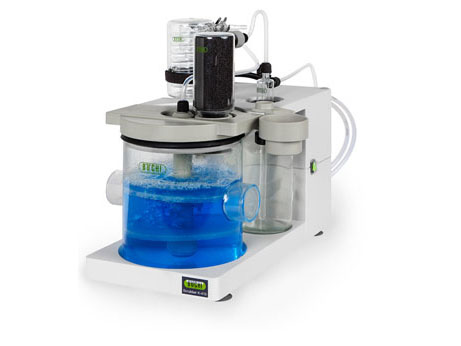 In the digestion step the organically bonded nitrogen is converted into ammonium ions. Organic carbon and hydrogen form carbon dioxide and water, very much reminiscent to an incineration process. In this process the organic material carbonizes which can be visualized by the transformation of the sample into black foam. During the digestion the foam decomposes and finally a clear liquid indicates the completion of the chemical reaction. The generalized non-stoichiometric chemical equation (1) shows how a general nitrogen containing starting material (CHNO) is mineralized to dissolved ammonium ions.

In the original procedure published by Kjeldahl the mineralization was carried out in boiling sulfuric acid. The oxidation was supported by the addition of the strong oxidizing agent potassium permanganate. After its introduction by Kjeldahl, the digestion reaction was further improved and optimized. Examples were the addition of salts and the use of catalysts which allowed for shorter digestion time. The most common salt used historically was potassium sulfate and the catalysts were selenium and metal salts, particularly of mercury, copper or titanium. Two types of heating units are used to heat up the sample together with the reagents to boiling temperatures of 340 to 370 ฐC. One type are IR-digesters and the other are block digesters

After the digestion has lead to a clear liquid, an additional digestion time of e.g. 30 minutes is usually added, in order to allow complete mineralization [3]. For the digestion working in a fume hood is highly recommended and the use of the Scrubber B-414 provides additional safety to laboratory personnel and environment as well as offering protection of the equipment against corrosion.

After digestion the sample is allowed to cool to room temperature and the glass sample tube is transferred to a distillation unit. Neutralization of sulfuric acid Prior to the distillation the acidic sample is neutralized by means of concentrated sodium hydroxide solution (NaOH) as shown in equation (2).

In the distillation step the ammoniumions are con-verted into ammonia which is transferred into the receiver vessel by means of steam distillation.

In a chemical equilibrium (see equation (3)) the solvated ammonium ions (NH4+) produce ammonia gas (NH3) by reacting with hydroxyl ions (OH-) of excess sodium hydroxide. By the steam distillation ammonia is separated from the glass sample tube and condensed together with water in the receiving vessel.

A common procedure to collect the ammonia in the receiver involves the presence of boric acid B(OH)3 dissolved in water which forms ions with ammonia according to equation (4). The ammonia is quantitatively captured by the boric acid solution forming solvated ammonium ions. See also 1.4 Blanks 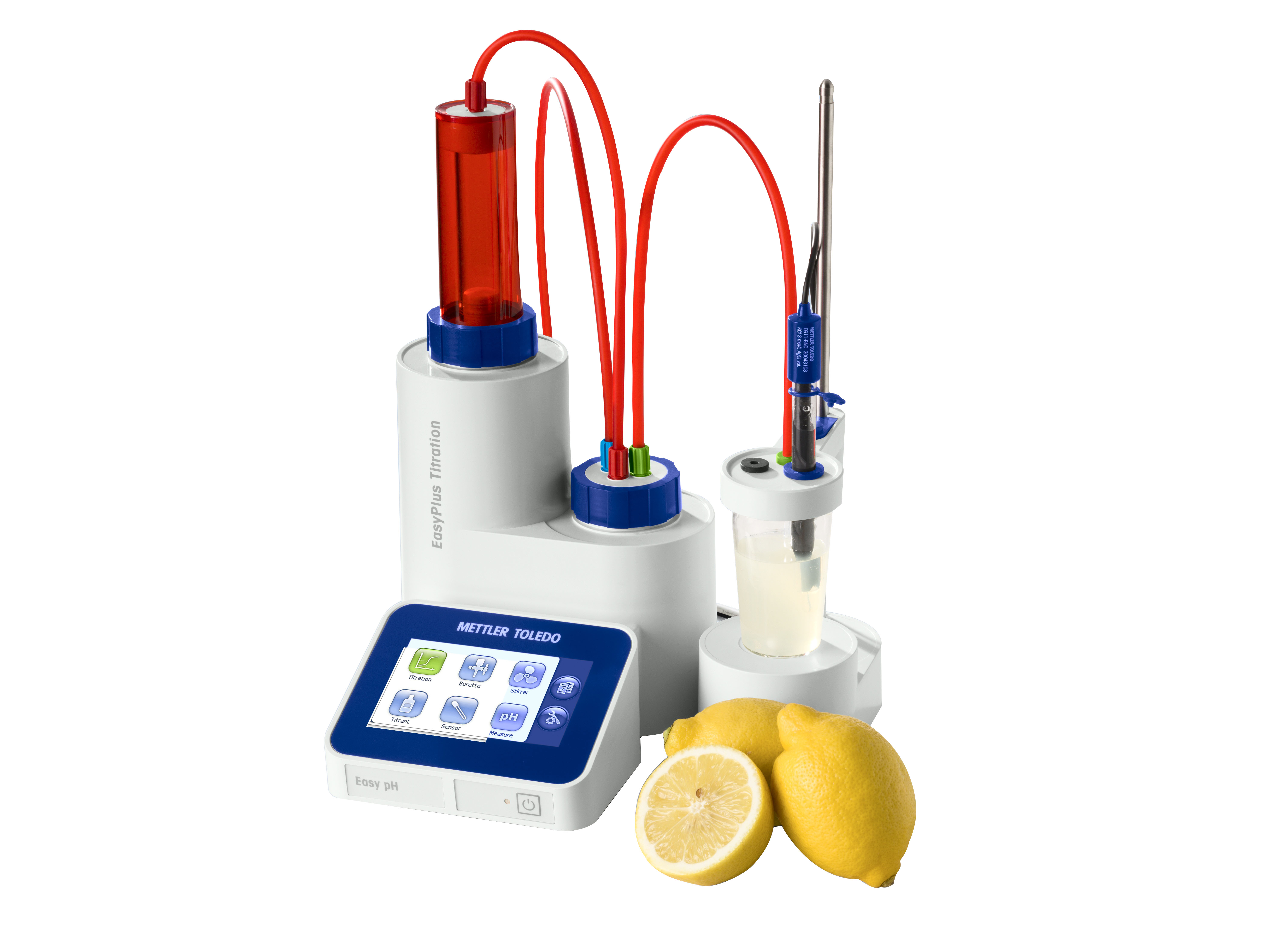 The concentration of the captured ammonium ions in the boric acid are determined by means of an acid base titration commonly using standard solutions of sulfuric or hydrochloric acid. Depending on the amount of ammonium ions present, concentrations in the range of 0.01 N to 0.5 N are used. Titrations may be carried out by means of a burette using an appropriate pH-indicator such as Sher mixed indicator [4] (Bchi 003512) to indicate the end point of pH = 4.65 (see 2.4.1 Boric Acid Titrationป, p.31). For the preparation see 5.1 Two-Stage Mixing Indicator According to Sher for Boric Acid Titration (p. 44). A second option is to attach a titration stand to the distillation unit and read the volume of consumed acid from the display of the titrator. The most sophisticated procedure is the use of a Kjeldahl distillation unit with a built-in titrator and have the calculation done by the software of the instrument. Whatever the choice of the determination method, the chemical reaction is described by equation (5) showing the reaction of the tetrahydroxyborate anion B(OH)4  - with a generalized strong
acid HX (X = Cl- etc.).
B(OH)4+ HX .  X- + B(OH)3 + H2O ---(5) converted