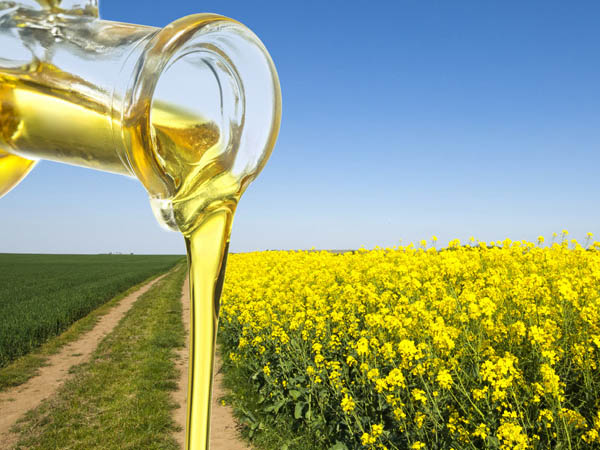 Rancidity of vegetable oils is a  problem in food related industries. It occurs during storage and is caused by oxidation of unsaturated fatty acids

Rancidity of vegetable oils is a major problem in food related industries. It occurs during storage and is caused by oxidation of unsaturated fatty acids, resulting in foul odors and tastes in the product. Oxidative stability is affected by a number of factors including oxygen, temperature, presence of metals and light. The resistance of edible oil to oxidation is enhanced by endogenous or added antioxidants. Although oxidation is inevitable over time, it can be minimized by optimizing processing methods and storage conditions for maximum shelf life.

The assay uses the microESR (electron spin resonance) benchtop spectrometer to measure free radical formation in the oil. In this application, the edible oil sample is incubated at 70 °C with a special reagent called a spin trap. The free radicals that form are too short-lived for direct detection by ESR. The radicals are trapped by the spin trap to form stable complexes known as radical adducts. The radical adduct is easily observed by ESR. The concentration of radical adducts formed relates to the oxidative resistance of edible oil. Higher levels of radical adducts indicate lower oxidation resistance.

Two kinds of oxidation measurements can be monitored with the microESR:

• Oxidation profiles: The oxidation level in the sample is measured over time at specific time intervals. For example: the sample is heated at 70 °C and a spectrum recorded

every 20 minutes. As more radicals form, the ESR signalamplitude will increase. The user specifies how long to run the assay. The induction time before radical formation and the radical concentration can then be determined. Depending on the type of oiland the heating temperature, the assay time ranges from 30 minutes to 3 hrs.

• End-point measurement: The oxidation level in the sample is measured at a user defined end-point. The sample is heated at 70 °C for a specified time, then a single ESR spectrum is acquired and the free radical concentration at the designated end-point is determined. This version of the assay allows higher sample throughput and uses less spin trap reagent. 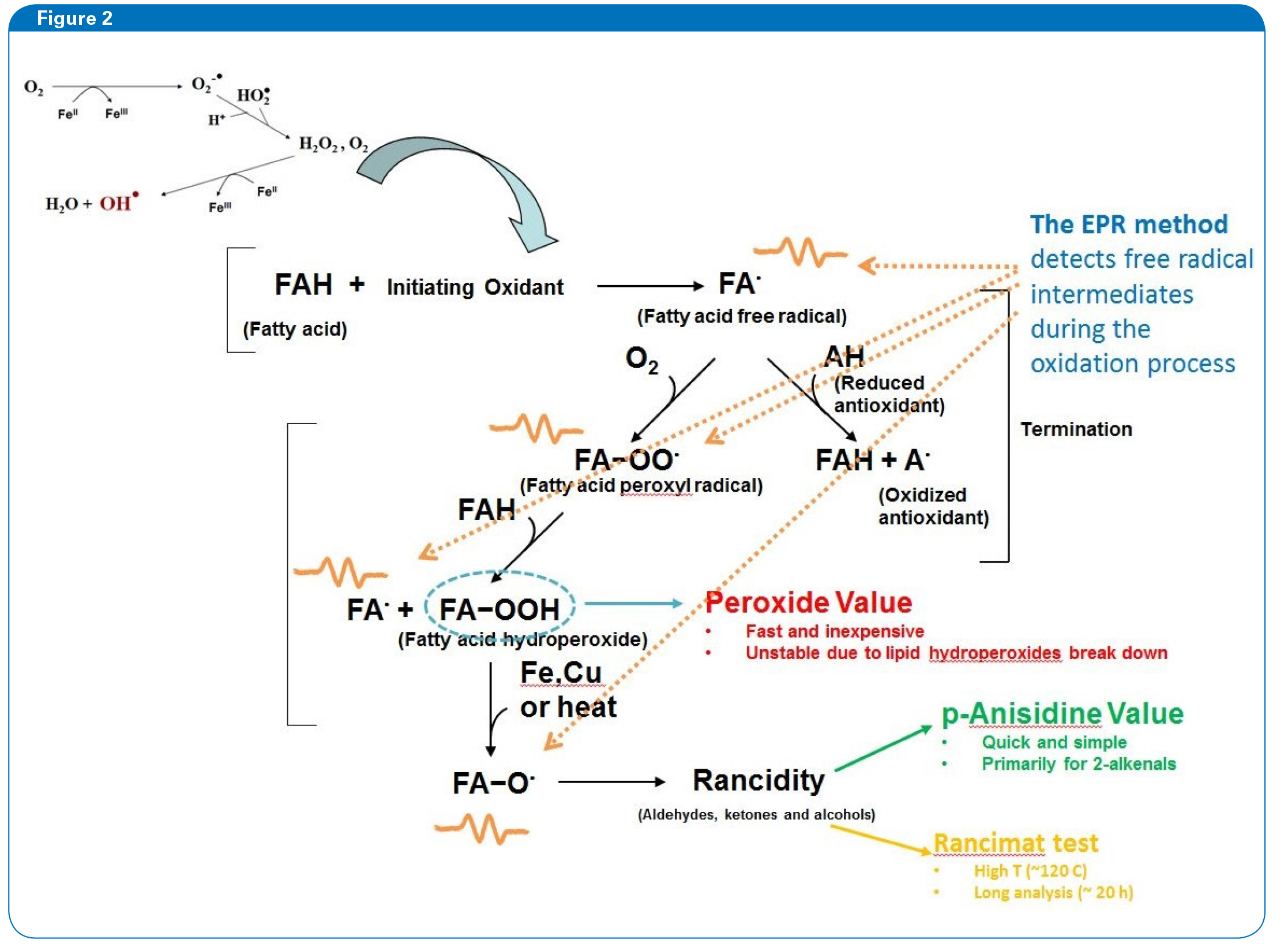 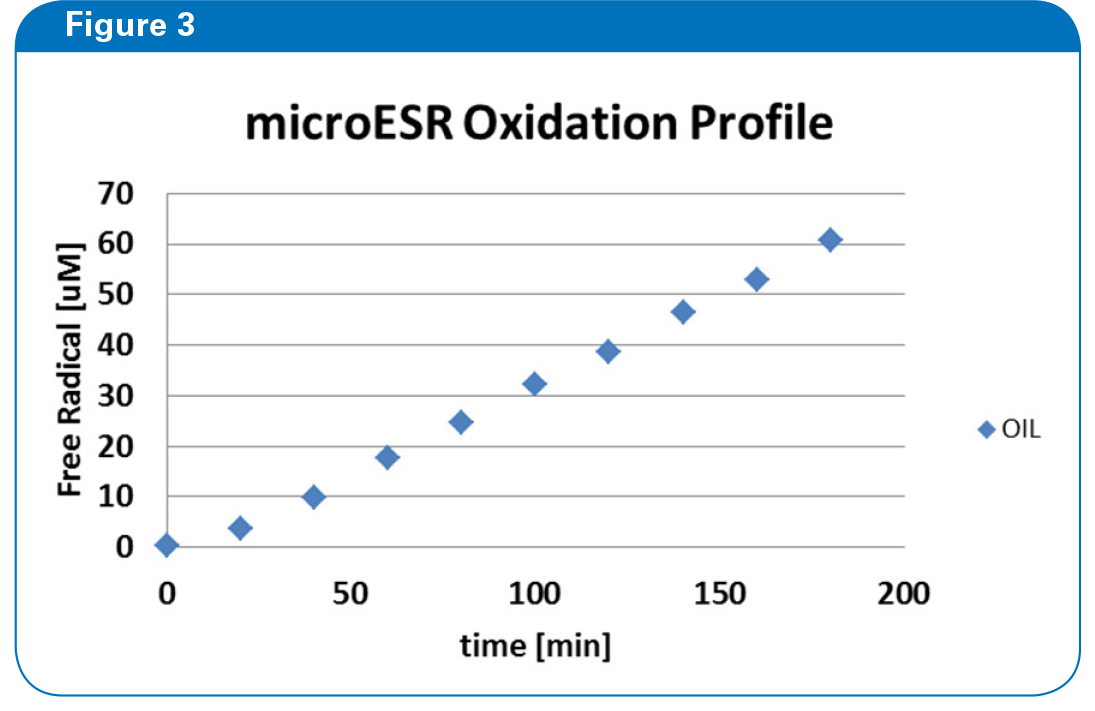 Measurements with the microESR are very accurate, compared to the other techniques for measuring oxidative stability (where operator variability is often observed). The coefficient of variance (CV) for both oxidative profiles and end-point measurements is below 5%.

Oxidative stability is affected by a number of factors, for example light exposure. Depending on the level of antioxidants present in the oil, the impact of UV exposure varies. The free radical concentration of an oil that is exposed to UV can increase by a factor of 7 (for example olive oil). The freshness of the oil can also be monitored. Comparing older (but not yet expired) oil with fresh oil, the free radical formation increased by a factor of 10 during the assay (see sesame oil example in figure 4).

Oxidative stability is also affected by impurities, for example the presence of transition metals such as iron. In the example below, for palm oil, the presence of metals increased the oxidation signal by a factor of almost 3. 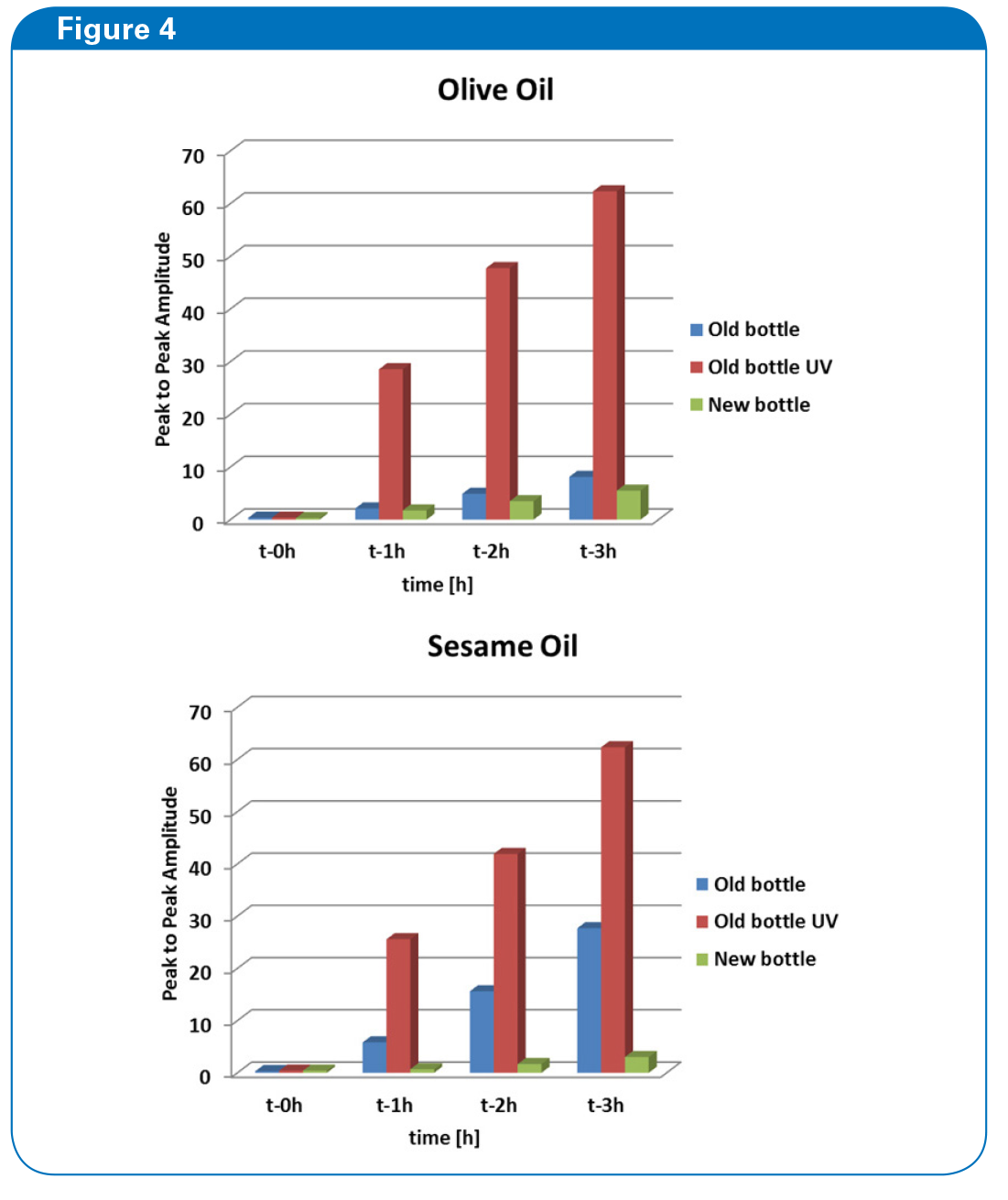 Effect of UV light on the oxidative stability of edible oils. 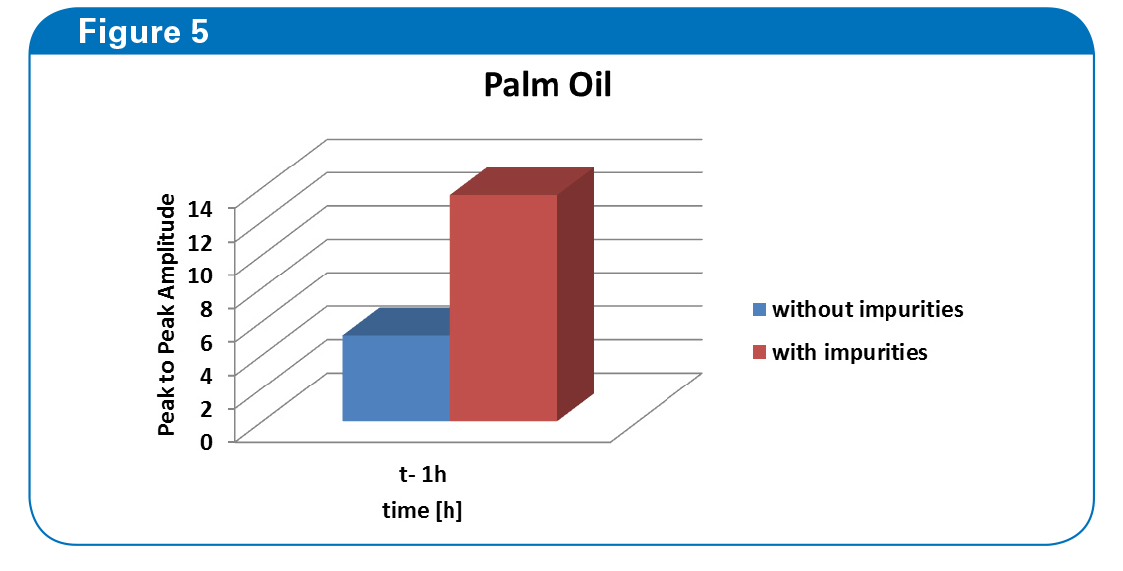 Effect of impurities on the oxidative stability of edible oils. 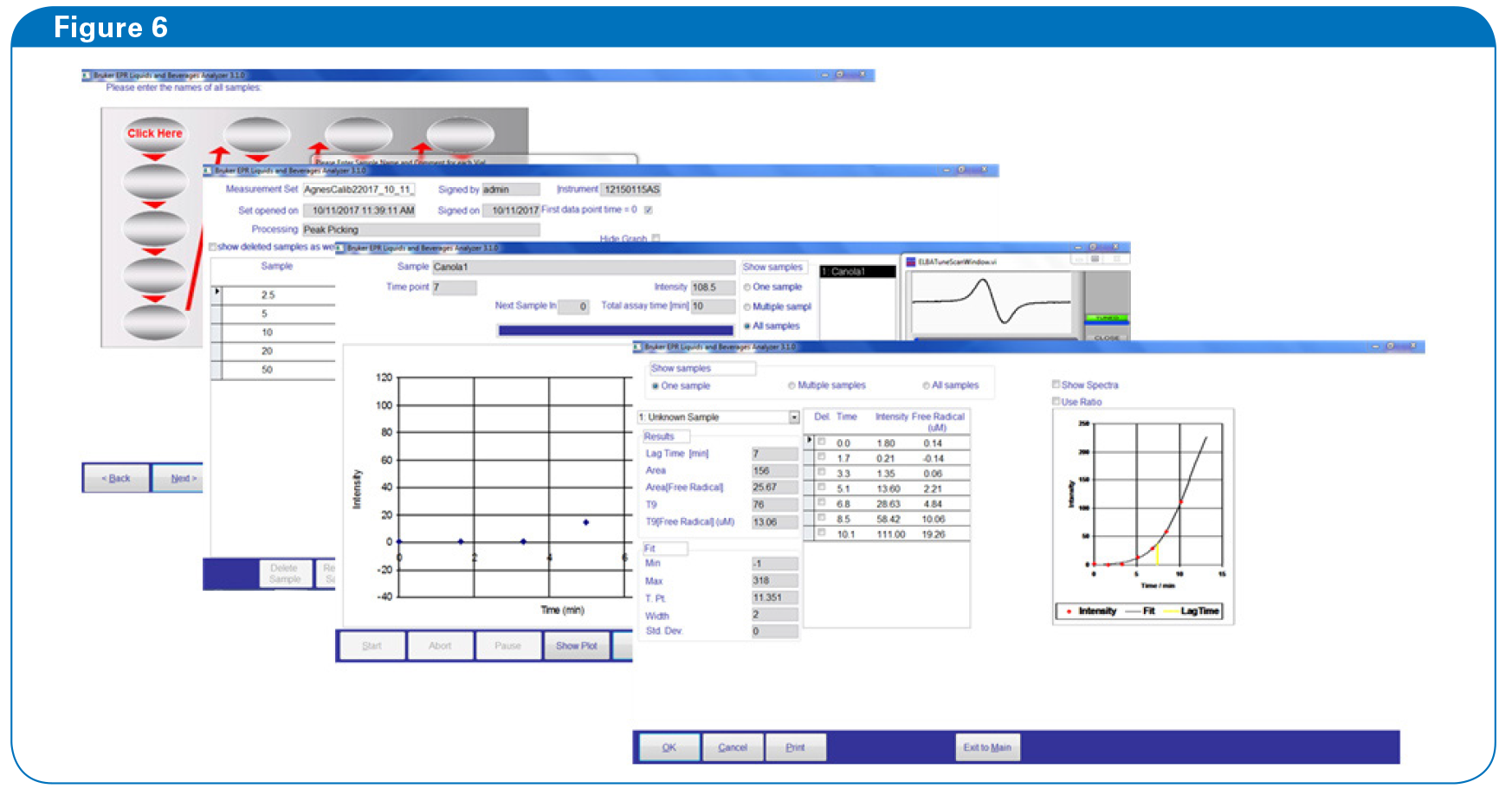 Example workflow for testing the oxidative stability of edible oils